Connecting with the Club…or...Showing Your Wrists Some Love [VIDEO]

1. Prevent injuries due to instability at the wrist
2. Lessen chances of an overuse injury
3. Create a more consistently accurate shot

We've all heard the phrase "a chain is only as strong as its weakest link." In the golf world, no one would agree with that more than Brooks Koepka.

Here's a guy that announcers on television compare to a linebacker in football, but the injury that could have derailed his career was an injury to his wrist. Fortunately, we were able to rehab it intelligently and logically and any doubts about his successful recovery were erased with his second straight US Open victory last month at Shinnecock Hills.

What I love about the golf swing is that it involves just about every bone and muscle in the body. And all these very different and distinct body parts have to perform specific and unique actions in a VERY precise sequence.

The golf swing is very unforgiving. In baseball, it doesn't matter if you hit a home run to dead center or if you hook it around the foul pole. Either way, you're running around the bases with a smile on your face. In golf, that "home run" that hooked around the foul pole might put your ball on the fairway of the wrong hole and cost you a few strokes.

So, how does the wrist factor into all of this?

A little anatomy: The upper arm? One bone -- the Humerus. The forearm? Two bones -- the Radius and the Ulna. The wrist and hand? Ten million bones!

OK, that's a bit of an exaggeration. But there are almost 30 bones that make up the wrist and hand. That's a lot of hardware, but think of all the ways the wrist can move. It can flex forward, extend backward, shift from side-to-side, and rotate.

Now, add in all of the ways the fingers can move. To articulate all those bones and take advantage of their full range of motion, you need to have an amazing number of muscles, tendons (which connect muscle to bone), and ligaments (which connect bone to bone) located around the wrist. 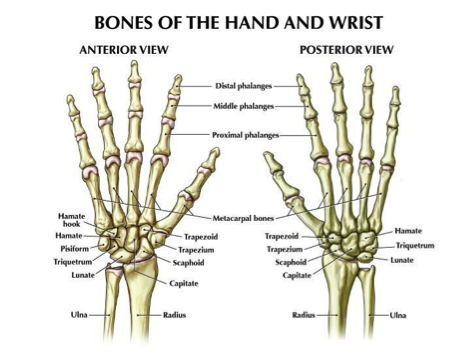 The bad news is that all that freedom of movement comes with a price. Just like I wrote about the ankle in a previous blog, the more mobility there is around a joint, generally the less stability there is.

Most golfers don't give a whole lot of thought to forearm, wrist, and hand strength, but -- ultimately -- the movement (or lack of movement) around your wrist is going to be the final and deciding factor as to where your club face is at impact.

Think about it: EVERYTHING ELSE could be picture perfect with your swing, but if you can't maintain proper wrist and hand position, it's anyone's guess where your ball is going to end up.

Check out my video below and add this fast, simple, and effective way to strengthen the muscles around the wrist to your workout.