In this bizarro world known as 2020, a condensed schedule has already had the PGA Championship, the FedEx Cup playoffs, and the U.S. Open all taking place within a seven-week period. And it's not slowing down. Other than the week of Thanksgiving, there are tournaments straight through the middle of December with The Masters taking place in November. This is great for fans who were starved of action in March, April, and May, but for the players, it's a grind unlike any other.

In a normal year, a player looks at the upcoming schedule and figures out which events he's going to play. And there are a ton of factors that he's going to base his decision on. He wants to play in as many prestige events as possible. He needs to make sure he's playing enough tournaments to maintain his Tour card. He has to include any events that his sponsors want him to play. Most importantly, though, he has to schedule in enough breaks and downtime to avoid fatigue. The best players know how to schedule their season so that they're always firing on all cylinders and never burning out. And that means rarely being out on the road for more than three or four weeks in a row.

All that went out the window this year.

For the top players who usually have the luxury -- rankings-wise and money-wise -- to be able to skip events, there were no real events to skip; every event was either about getting ready for a major or playoff, or actually playing a major or playoff. (Webb Simpson was the only qualified golfer who decided to sit out the second FedEx Cup playoff in Chicago.) For players on the other end of the spectrum, the need to maintain a Tour card and make some money after being off for months also meant that there would be no time off.

People may think that there's no cushier job on Earth than that of the pro golfer. But what most don't understand is that professional golf is a seven-day-a-week job. You travel to an event. You play practice rounds. You deal with the media. You play an intense four-day tournament. You, once again, deal with the media. And then you get on a plane and do it all again. There are no days off. And this year, that's been going on week after week and month after month. This year, "golf stress relief" has a whole new meaning.

Players are away from their homes and families for huge stretches of time. Their nutrition suffers because they're not eating at home and they're forced to deal with whatever they can find on the road. Their sleep is off because they're in a strange new hotel bed every week. Their injuries can't recover because there's literally no time for that recovery to happen. And their stress levels are through the roof because they know that a positive COVID-19 test result can mean a screeching halt to their season and their income and -- potentially -- a whole lot worse.

Ultimately, this year is a game of survival and is going to reward those who have done the best and smartest prep. For that reason, it didn't surprise any of us here at the Joey D Golf Sports Training Center that Dustin Johnson and Justin Thomas finished 1 and T-2 in the FedEx Cup playoffs and split Player of the Year honors -- DJ winning the award from the PGA Tour and JT winning it from the PGA of America. Their YEARS of training and conditioning and their understanding of the importance of nutrition, hydration, rest, and stress-management were just as vital to their success as anything they did with their drivers, irons, wedges, and putters. Their workouts on the road this summer were about maintenance and recovery and not about throwing a lot of weight around. The goal was about being able to play optimally the next day and nothing else.

So, what can you take away from this? You may not be on the road and away from your family for months on end, but all of us are under more stress than normal this year. In a perfect world, you'd be able to do your Fix Your Body, Fix Your Swing workouts, get your time in on the range and on the course, and watch your game improve. Today, though, with home-schooling, day-long Zoom sessions, and whatever fiscal and health worries you have going on, it's more important than ever to make sure that you're fueling and hydrating yourself properly, that you're getting enough sleep, and that you're doing your best to deal with the added stress this year has thrown your way. 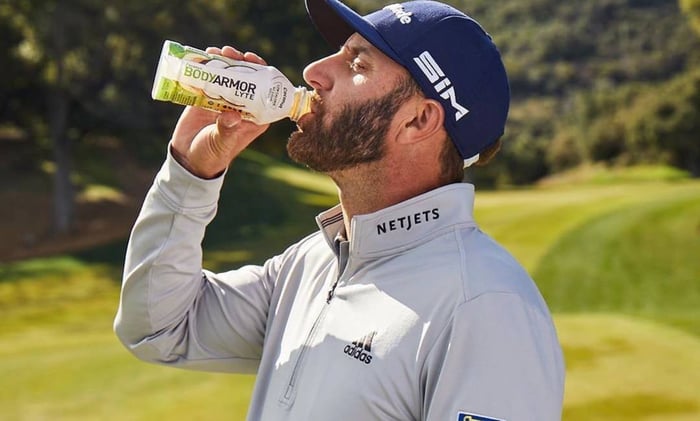 Maybe today was the day you were supposed to pull out the driver and work on your long game or go heavy in the gym, but if you're already bordering on physical and mental fatigue and burnout, you may want to think about spending a few minutes focusing on your breathing, doing some range-of-motion or balance drills, or -- more simply -- going for a walk with the family.

The world will be back to normal at some point. Until then, we're all -- literally and figuratively -- just trying to survive until the next tee time. Eat and drink smartly and keep an eye on your stress and fatigue levels to make sure you stay on top of your game both on and off the course.